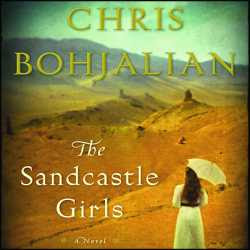 This latest novel from Chris Bohjalian is a powerful look at an Armenian family's tragic past and the secrets that surface generations later when a young woman delves into her family's geneology and the path that her grandparents took from Turkey and Syria to the United States. In parallel stories, Bojahlian writes of a young woman in modern day discovering her family's past and the ramifications that it has for her and her present day relationships. He slips back to the early 20th century to tell the full story of the family's traumatic evolution. The reader follows the sheltered life of a young Bostonian woman who accompanies her father to Aleppo in 1915 to bring humanitarian aid to the Armenian peoples who were being systematically filtered from Turkish society and forced into the desert to be slaughtered and starved in a mass ethnic cleansing campaign.  Meeting a young Armenian engineer who has been sheltered from death because of his ability to help expand the rail system, she begins a relationship that will take her into the heart of a that dark time in Middle Eastern history - the fall of the Ottoman Empire.

I think it interesting that this is the second book concerning genocide that Bohjalian has written. His searing novel about the last of the Jewish concentration camp internees escaping and trudging their way back toward western Europe during the last grueling days of WWII was chronicled in Skeletons at the Feast . Now, he brings us the Armenian genocide. Dark stories, both, and yet they are important chapters of history that must not be forgotten. Bringing them to life within well-researched novels makes them more accessible to the mainstream and helps readers explore the emotional and human side of the dry statistics and politics of these horrible historical events.

I would place this book in my 2012 top ten, but I must admit that I need to move on to something much lighter, as the emotional catharsis of this novel got to me. Other readers may not find it too searing, but this kind of story, one that explores man's inhumanity to man, just gets under my skin and stays with me for a good while.

At any rate, I recommend The Sandcastle Girls for those who like historical fiction as a way to learn about real events outside of an academic forum. It provides places, dates, and interesting political scenes that a truly interested reader can use as jumping off spots for more research. It's a well-done endeavor by Bohjalian. 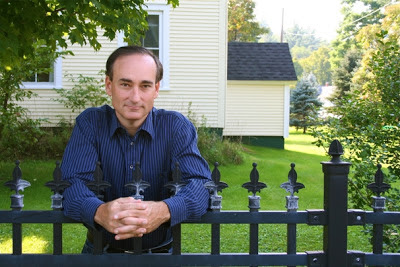 Posted by Susan Lindquist at 10:20 AM No comments: 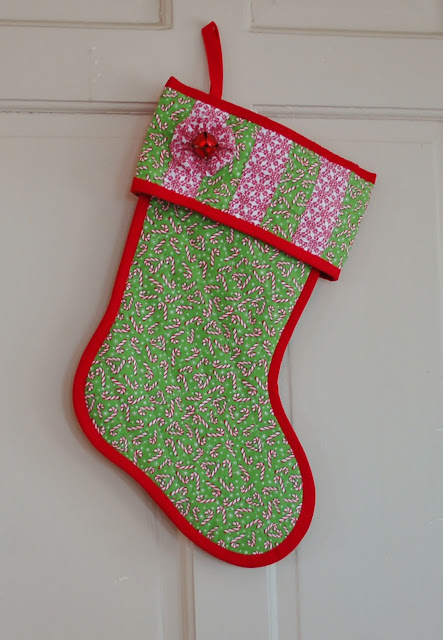 It's Yankee Swap Day at the family farm! Imagine about thirty of the Lindquist side of the family gathering at the family farm to have a joke gift swap to start things off with many a chuckle. Then, the grazing sets in when we spread out an impressive lunch buffet (my contributions are a warm artichoke dip with crackers, a huge green salad, and a pan of chicken and spinach enchiladas). After lunch, we get to the serious business of swapping really nice gifts. There's bound to be many laughs, much chucking of the kiddies' chins, serious photo opps that usually have hilarious results, and a few glasses of holiday cheer!

Huzzah! I sure hope your families have fun this holiday season!

PS - The stocking is one of several that I have been making this holiday season  ... each one is done with completely different fabric and different cuff embellishment ... I am having such fun doing the hand quilting on these. Some have beadwork, some have appliqué, some have small hand quilted holly leaves with jingle bell berries. All are quite cute ... and they really hold a lot of loot!

This Saturday Snapshot joins others at Alyce's blog ... athomewithbooks ... check out the other posts and think about joining the group! The rules of joining up and contributing a post are simple and the sharing is great fun! See you there!
Posted by Susan Lindquist at 7:43 AM 10 comments: 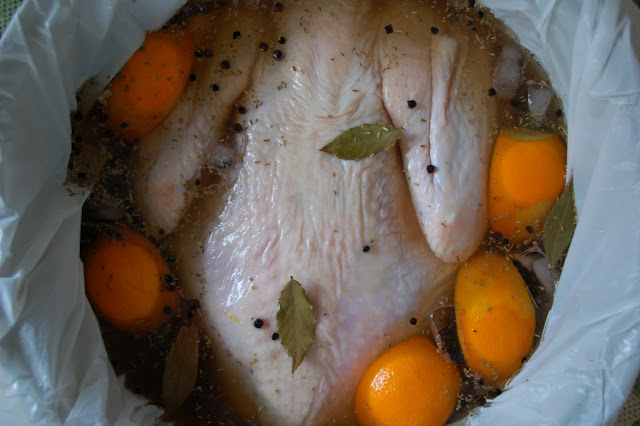 Well, we had a great turkey ... and we had all the leftovers ... and I've used the last of the turkey breast to make a white pizza with broccoli and red peppers and black olives ...phew. How 'bout you?
Sick of the bird yet?

I'm guessing we'll be having a ham or a beef tenderloin for Christmas. Happy Holidays, all!

This post is linked to Alyce's blog athomewithbooks for her weekly photoshare ... pop over by clicking the link to see what's what! You can join in too! Just read up on the rules and get your camera clicking!
Posted by Susan Lindquist at 6:18 PM 4 comments:

Google a search on Elizabeth George Speare and you will get a nice bio and a list of New bery Award winners and honor books that she wrote between 1957 and 1984. Her novels for young adult readers were the stuff of history that I grew up on - Calico Captive, The Bronze Bow, The Sign of the Beaver, and The Witch of Blackbird Pond were all classics of historical fiction. Yet, nowhere in that biography will you find note of her novel for adults called The Prospering. 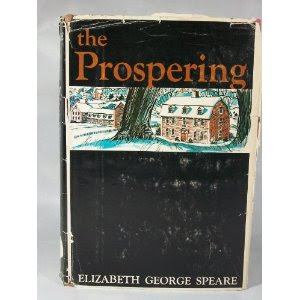 The Prospering is a fictionalized (albeit incredibly well-researched) novel that revolves around the grand experiment undertaken by the Massachusetts settlers to convert the native peoples.
Read more »
Posted by Susan Lindquist at 12:23 PM No comments: