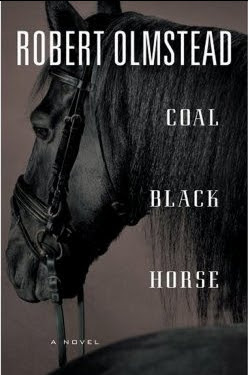 Sometimes I wonder what strange power leads me to the books that I 'happen' upon in our little public library. Take Coal Black Horse. This is not a book that I would ever normally pick up. And yet, I pulled it from the shelf last week, as I browsed through the library stacks. It seemed to draw my hand like a magnet does iron shavings. Once home, I had a stack of five books, but this one pulled at me when I went to choose the next read.

I've been reading a lot of theology and Biblical readings of late. Lenten studies and some work on social justice have kept me occupied, so the trip to the library was supposed to be a trip for some 'light reading'. This book is not light reading. It's a beautifully written quest novel - a young boy's voyage to find his father during one of the hardest times in American history. That voyage, seen through the inner dialogue of the young boy, carries the reader along on a loss of innocence and a confrontation with the evil that men will do when the world disintegrates to chaos.

Set in the weeks before and after the great battle at Gettysburg,  Robey Childs is given the task of finding his father and bringing him home to the family's hill farm. Robey's mother has had a strange premonition and presses the momentous task on Robey with a strong admonition to secure a horse, never give it up, get a gun, shoot first and never question the instinct of survival suspicion, and to come home alive. And then, she sends him on his way.

What follows is an epic journey through hell and back. Robey's connection to the coal black horse is mystical. It has appeared at the trading post with its owner on death's door. It is aggressive and intractable, but accepts Robey's quiet and gentle way. It has an acute instinctive power to guide Robey as much as Robey guides it with the reins. When Robey discounts the horse's instinctive urgings, bad things happen.

Reading the book, lead me to contemplate our instinct for survival, the things we will do that we know are evil, but that must be done if we are to come through unspeakable events, the way we look for redemption when we have passed through a crisis. Robey does find his father, although he does not fulfill his quest in the literal sense. He does redeem himself after standing by and watching another innocent be brutalized, stealing food and horses to survive so that he can fulfill his mother's directive, committing murder, and witnessing the most horrid of Civil War battles and its aftermath. I could go into my contemplation of the horse as a symbol of one's natural dark instinct for survival. I could flip flop and talk about the horse's character symbolized as the father's will to deliver one more important lesson. I could talk about those spare lessons Robey learns while he cares for his father. I could yak on about the role that Rachel plays as an innocent delivered into the evil chaos of war and her role in Robey's growth could fill a page.  The birth of Rachel's twins that occur at the end of the book and their redemptive power for Robey could become an afternoon's contemplation. And sleep ... it's powerful restoration. Well, that's another discussion.

So much for light reading ... and yet, I feel like I have witnessed a piece of literature that will be placed next to the other greats of American war writings - The Red Badge of Courage, ColdMountain, Johnny Got His Gun, All Quiet on the Western Front ... yeah, all those titles that were just as chilling, just as harrowing, just as thought-provoking and powerful.

Robert Olmstead has packed so much into two hundred and eighteen pages. One's brain and heart are full to over-flowing after this read. Coal Black Horse is a great book. 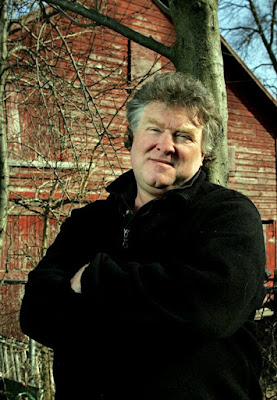 Posted by Susan Lindquist at 7:18 AM