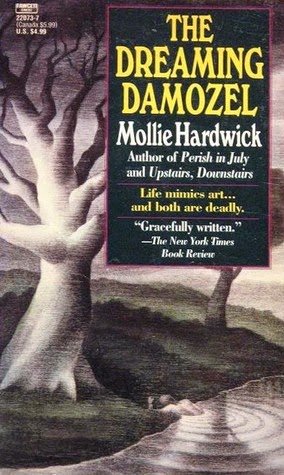 I recently watched a BBC mini-series about the Pre-Raphaelite art movement of Victorian England. It was a bawdy series that much romanticized the bohemian lifestyle of Dante Gabriel Rossetti, William Holman Hunt, John Everett Millais, and a cast of incidental characters that joined the brotherhood, as it grew in style and influence. Coming away from the viewing, I was curious about one of the models that became central to several of Rossetti's paintings - Lizzie Siddal.

In doing a bit of on-line poking, I found this mystery novel by Mollie Hardwick. It's funny how one thing leads to another when one pokes about on-line! Mollie Hardwick wrote extensively during the second half of the 20th century. She is, perhaps, best known for penning the novel adaptations of the popular BBC series 'Upstairs, Downstairs' - Masterpiece Theatre's 'early version' of the fabulously popular 'Downton Abbey'.

Anyway ... in addition to those novels, Mrs Hardwick also wrote a series of detective novels called the Doran Fairweather series. The Dreaming Damozel is the sixth in the series. The book centers around Doran, an antiques dealer whose shop is in transition. Her long-time partner has departed for life in London and a new career. Her shop is languishing in a 'stale antiques market' and she is restless to take the business to a different level. Poking about an estate sale, she comes upon a small oil painting that is strangely reminiscent of the paintings done by Dante Gabriel Rossetti at the time that Lizzie Siddal was beginning her relationship with the Pre-Raphaelite Brotherhood. 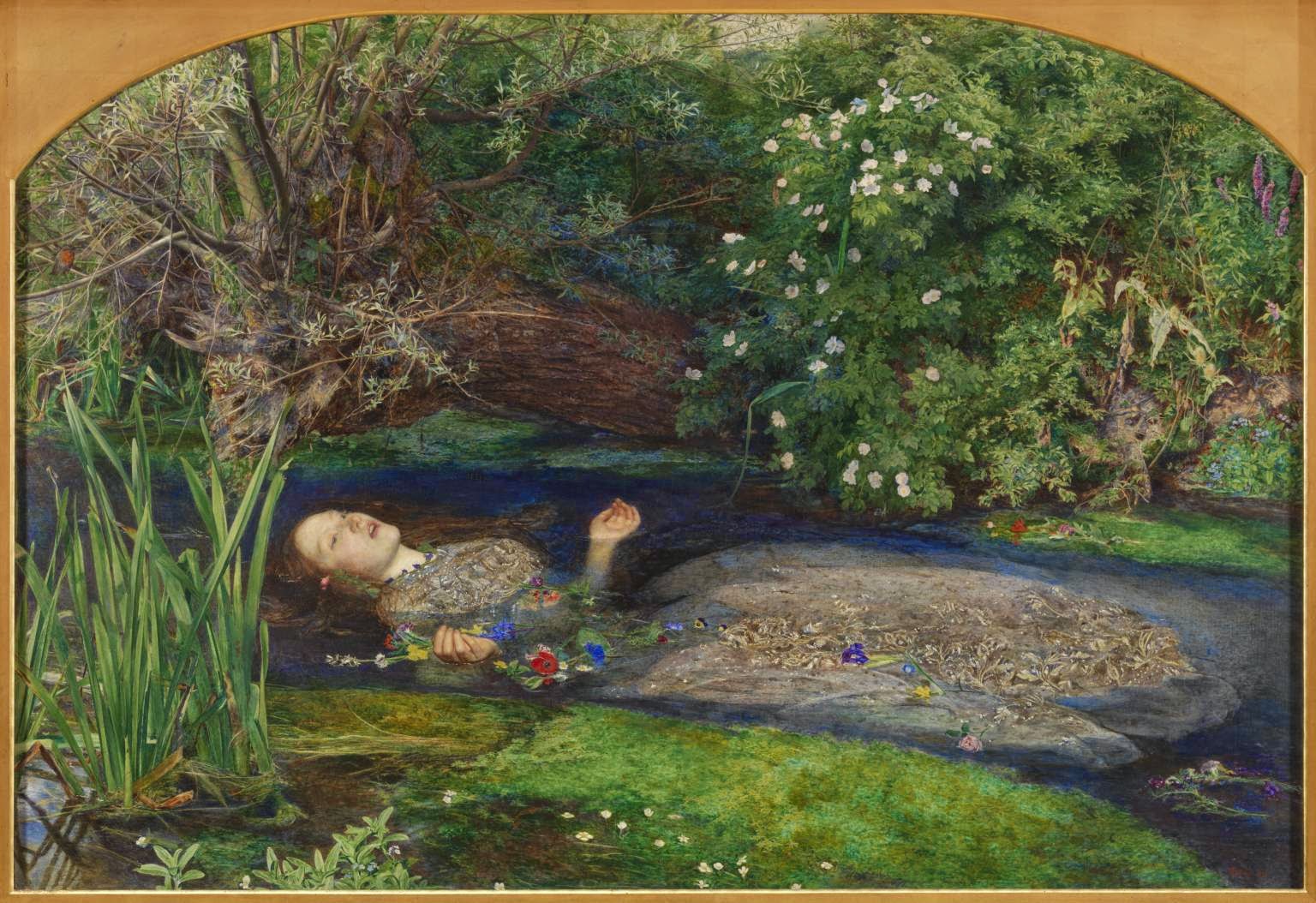 Of course, Doran is intrigued and as the plot develops, strange events occur that seem linked in a sinister way. Doran and her husband are drawn into a mystery that revolves around a dead woman found floating in the local river who is dressed in much the same way as the 'Ophelia' of Millais' painting, a chance contact who would like Doran to act as selling agent for a Rossetti piece that looks to be a study for one of his more famous paintings, a chance meeting with a young textile expert at a party in London, a consultation with a retired homicide detective living in Doran's village ... the plot thickens!

Like all stylized detective novels, these series of events build and tension increases to a frantic (as frantic as these types of stories ever get) point. Being new to the genre niche, I'm having fun reading Hardwick's brand of British mystery. I love the British 'voice' within the writing of Hardwick and within the dialogue she gives her characters. I also am happy to learn a little bit more about the art of the Pre-Raphaelite movement and its ties to early photography and photo-realism. A fun read that has helped while away a pleasant summer morning! 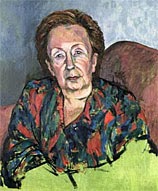 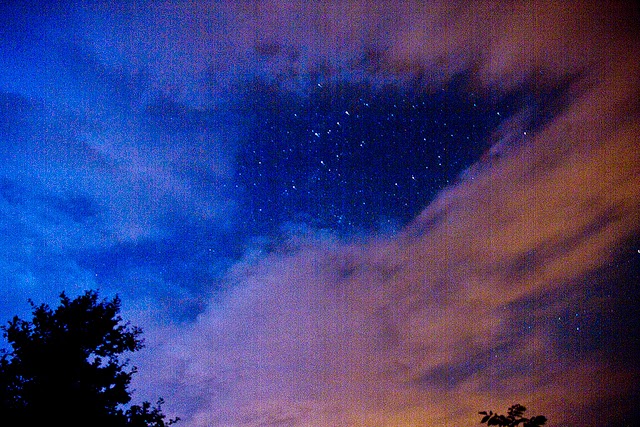 Far
Far into the alone of night

Poetry Jam
written on the theme of 'alone' 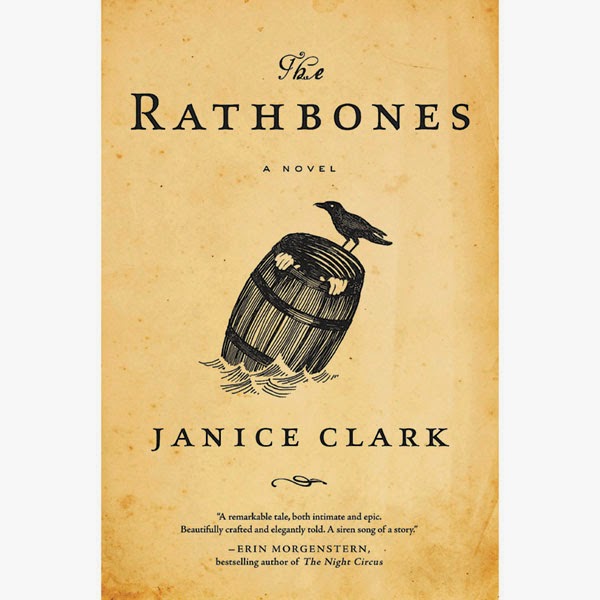 A tale of a family that lived by the sea - The Rathbones reads like fantasy, mythology, adventure, Gothic romance. How does one categorize this first novel by Janice Clark? Being a child of the television era, I felt a distinct Gothic feel a la Addams Family. Remember that wonderful old television program? Wacky, dark characters, strangely beautiful Gothic Morticia-like female characters, odd ball relatives, dark and sinister locations, comic relief, weird creatures that keep you wondering. This book has it all.

As I made my way deeper into the family history of the Yankee whaling family, I found myself wondering if I would read this book aloud to middle school students. Short of there being some sexual content that could be construed as questionable, I really felt that the story line would capture young adult readers (or listeners) with its fantastical feel.

At any rate, I think Janice Clark has come up with a winner. She has definitely plumbed Homer's saga, The Odyssey and that's okay. After all, one can't go wrong by emulating the classics, right? 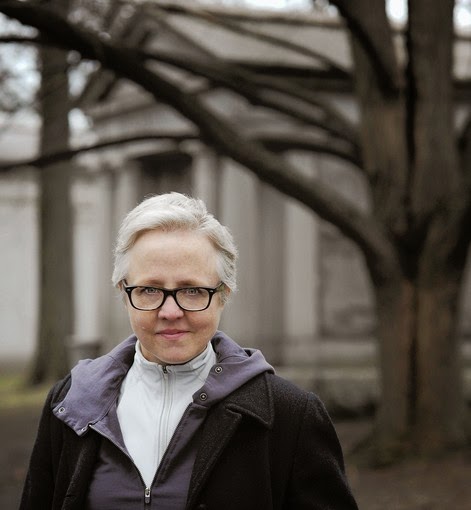 Posted by Susan Lindquist at 1:23 PM No comments: Links to this post 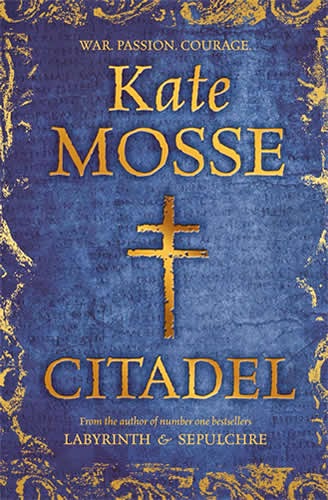 Another exploration of the Christian and Cathar religious writings, the suppression of the burgeoning Cathar religious sect, and the archeological zeal with which their legendary hidden texts are sought form the basis for this latest novel by Kate Mosse. This time, the action revolves around the political division within France during WWII. The Vichy alignment with Nazi German invaders and the French Free Forces that were lead by DeGaulle and the partisan freedom fighters/resisters were in direct opposition. The people of the Languedoc region of France were equally divided. Informers for the Vichy /Nazi live side by side with those who support freedom from Nazi occupation. French Free Forces sympathizers form partisan resistance groups who help Jews escape Nazi arrest by leading them over the Pyrenees and into Spain or to the harbors along the southern French coast for escape by sea. Into this political quagmire, Nazi and Vichy political leaders push their way looking for supposed archaeological evidence of an Aryan race that is woven into the history of the early Cathar religious writings. They seek fragments of written Cathar texts hidden when Pope Innocent III declared a Catholic crusade against the sect and tried to wipe them out and establish conversion of the local peoples of the Languedoc. Other local historians look for the same religious relics to safeguard them from exploitation by Nazi forces and draw hope from a legendary 'ghost army' that will rise to help defeat the invaders and allow the Free French movement to retake control over France.

This is an involved novel. There are multiple stories going on here. A romance between a partisan fighter named Raoul and a young French woman named Sandrine. They meet when she finds one of his cohorts drowning in the local river, after escaping a horrid interrogation by local henchmen of the Vichy government. What did she witness? What did the poor man say to her before he was recaptured and murdered? What does Raoul know about the odd packet  found in his friend's apartment? Why does the local occupation force want that packet?

On another plane within the novel comes the story of a young monk from the 3rd century Lugdunum (Lyons) who is fleeing south through France with a sacred Christian text that he must keep safe and hide within the southern mountain caves. What is this text? Where does he hide it? Why must he be so secretive? These are the texts sought by the 20th century Germans and French. Who will find the texts and to what use will they be put?

The concept of time travel and reincarnation comes into play here too. Are Madeleine and Raoul and Baillard reincarnated Cathars who have come back to finish a sacred fight for freedom that has become wrapped up in World War II politics?

This is a good read,if you are a fan of archaeology, history, ancient religious myth and legend, and adventure.
I have read all of Kate Mosse's other novels, so it was a natural for me to grab this one. I enjoy her way  of weaving the past legends of the Languedoc region of France into the documented history of the place. I understand that her novel, Labyrinth has been made into a television mini-series. The characters of that novel appear in this latest novel (no spoilers) when Sandrine acknowledges that her dreams hold a powerful message to the French citizens in the resistance.

I'm a sucker for folklore, religious intrigue, and the history of the Languedoc region ... feel the same? This would be a great  vacation read. 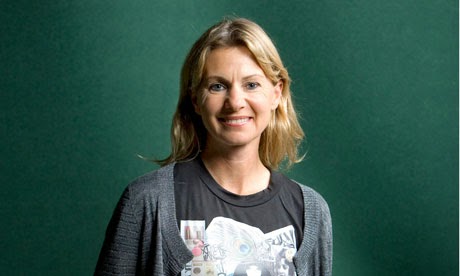 Posted by Susan Lindquist at 1:03 PM No comments: Links to this post