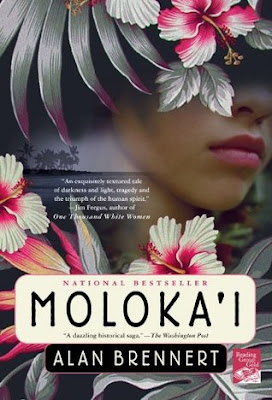 What an interesting read! Not only is this book an accurate account of how the Hawaiian leadership and the US government dealt with a significant leprosy (Hansen's disease) outbreak, but it tells the story of one young girl, Rachel Kalama who is diagnosed with leprosy very early in life and what her ensuing years look like, as she is exiled to the government sanctioned quarantine community of lepers on the island of Moloka'i.

This was a sad story, but make no mistake in thinking that the life of Rachel was a total downer. Alan Brennert has created a cast of strong characters that support the story of the leper colony and the changes it goes through, as doctors and missionaries work to learn about the disease, develop treatments, and attempt to make life as normal as they can for the people being ravaged by the disease. The book is a fictionalized story of Rachel and her family and friends, but the history of the colony on Moloka'i and the information about the disease is very well researched and presented.

The historical novel centers on Rachel Kalama. She is a young Hawaiian girl who is diagnosed with the disease when she is seven. Rachel comes from a large close family, but the moment her diagnosis is confirmed, she is removed from her family and shipped with other afflicted people to the leper colony on Moloka'i. She is housed at a Catholic mission school with other girls and grows up in a loving, but isolated community. Because society doesn't understand the disease and fears the ravaging nature of the illness, contact with with others is discouraged and made very difficult by the strict rules of quarantine. Thus, a vibrant community grows within the colony amongst those living there. The story follows Rachel as she grows up, makes friends, loses them to the disease, marries, takes many experimental treatments, and finally has some success in fighting her form of the disease. No spoilers ... it's a great story and she is a strong, smart, and feisty character that never gives in to total despair.

The book is also a terrific read for those who don't know the the story of Moloka'i's history or the particulars of what leprosy really is. I learned so much about the disease by reading this book. I don't know that Alan Brennert has written any other books, but he did an awesome job on this one ... enough said. 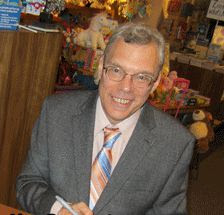