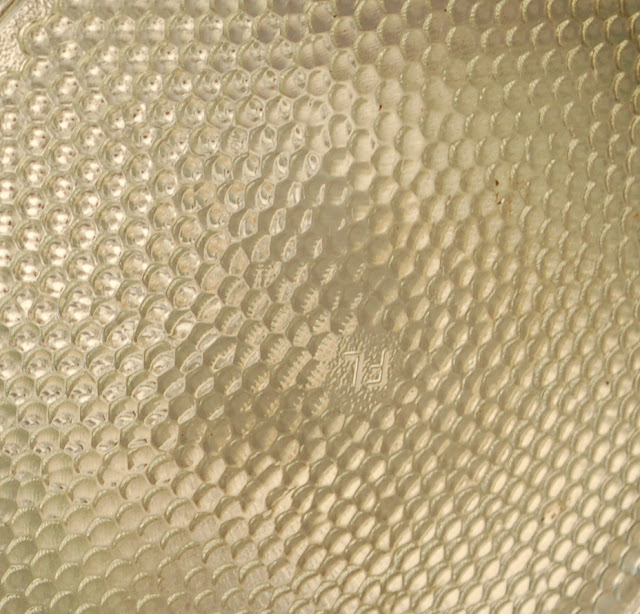 I started out looking at the adorable robin who sat atop his nest waiting for his mother to deliver the goods ... but as I stood there, I became intrigued by the floodlight on which his nest was resting ...
hence, I have two themes for this Saturday Snapshot.

This little guy sure is sweet, don't you think? His mother was pretty ticked off that I was craning closer to her little fledgling, judging by the squawking and fluttering about ... so I finally left the  vicinity. 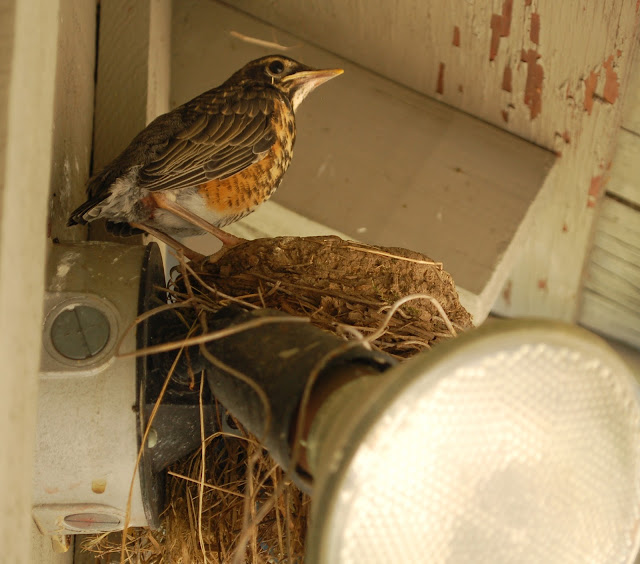 ... little bony legs that seems very long to me 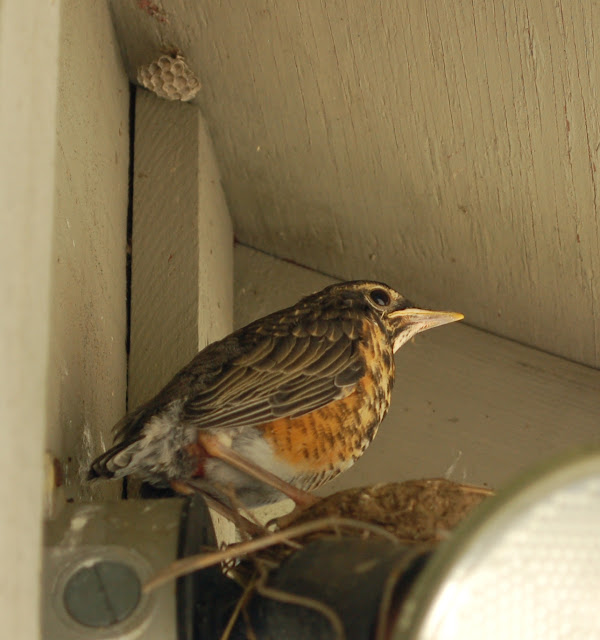 ... and another kind of combwork

It's been a couple weeks since I entered a post for Saturday Snapshot at Alyce's blog, at home with books. It's time to return to check out what everyone else has found visually interesting this week. Click the above link and check out the photoshare ... I'll meet you there!

This poem is being submitted to The Mag , Tess Kincaid's weekly wordshare.

Posted by Susan Lindquist at 5:17 AM 6 comments: 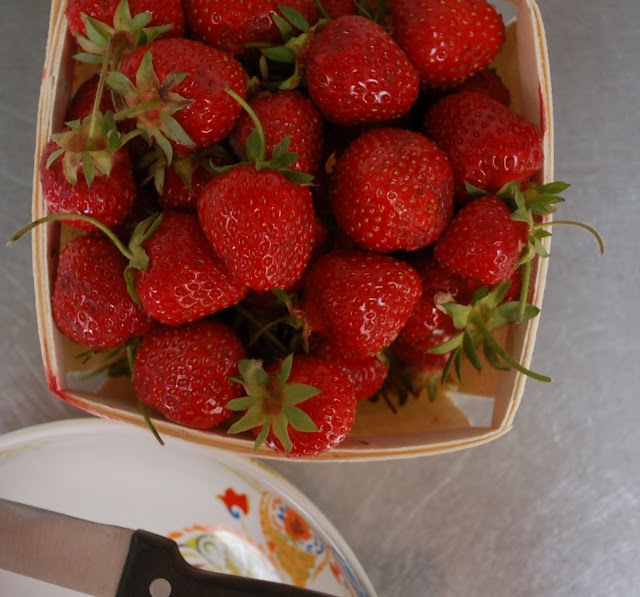 During strawberry season, people go a bit wacky. There are all manner of cheesecakes and pies, shortcakes and smoothies, salads and salsas littering the food blogs on the Web ...  when all you need is a pretty bowl, a knife, and a quart of berries ... simple and so wonderful.

I'll be making jam with the berries that we will pick this afternoon and in the middle of the winter, we'll parcel out the last jars and think about this sunny day and the soft buzz of bugs and chirp of birds as we made our way down the rows picking strawberries.

I hope you get a chance to get a batch of berries, too!


Now, I wonder what others are posting for their Saturday Snapshot offerings! I'll meet you athomewithbooks ! Let's take a look! 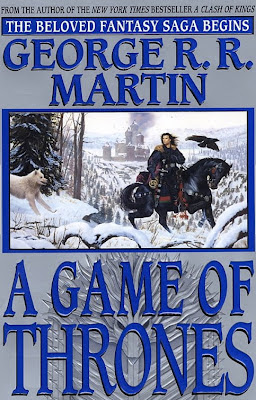 This past week, I started a new series. I must have been living under a rock to have missed all the hoop-la that surrounds G. R. R. Martin's wildly popular fantasy series, A Song of Ice and Fire, but there you go. I picked up A Game of Thrones , the first book in the series, at the public library last week. As I placed it on the check-out desk, the librarian raised an eyebrow and shook her head. She told me I should probably be prepared to surrender my summer to the series. Then, she told me there are five books thus far, with more slotted to come and that each is, as she put it, 'a tome'. Well, yes.  A Game of Thrones is a very long book, but it is one of the fastest reads I've had in a while. I think the structure of the book accounts for the speed with which I'm devouring it.
Read more »
Posted by Susan Lindquist at 11:13 AM No comments:

Ahhhh, What a Week - Saturday Snapshot 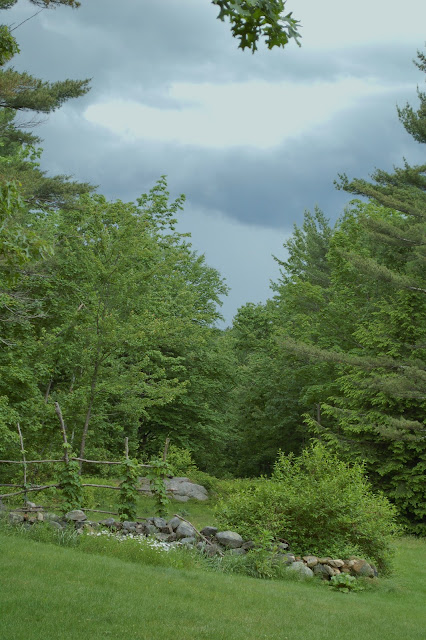 This has been a week for the heaviest and darkest clouds that I have ever seen. There have been torrential rains and thunderstorms that scared the dogs, gushing gutters, and muddy flowerbeds. The sump pump  has cycled on and off several times during the week to keep the water drained from the old dirt cellar of our grey cottage on the hill The lawn is as green and lush as it has ever been ... I guess Mother Nature is making up for our snowless winter. Things do tend to balance out over time ...

This post is linked to Alyce's weekly photo meme, Saturday Snapshot. Check out the other offerings at her blog, at home with books. There is always such a wonderful sampling of life in all those photos!

Neverwhere - The Final Discussion and Musing 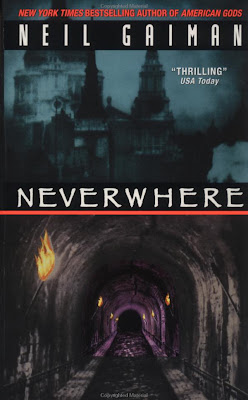 When I signed on to read Neil Gaiman's book, Neverwhere, it had been a long time since I'd picked up adult fantasy fiction. It was such an interesting and fun read that I find myself wondering why I turned away from the genre in the first place. It's funny, isn't it, how you fall into a pattern with your reading preferences? A rut, perhaps? Kind of like poor Richard Mayhew who found himself walking a London routine of slow and steady career advancement, sure and safe relationships, and a mundane day-to-day existence. How unsettling to find oneself  'down the rabbit hole'  and wandering in a parallel world that has strange and bizarre intersections with your 'real world'. How unsettling for a reader to follow along and journey out of their 'reading rut' and into the fantastical world of London Below! Art and life intersected, for me, in a literary exercise.

Read more »
Posted by Susan Lindquist at 7:08 AM 5 comments:

Email ThisBlogThis!Share to TwitterShare to FacebookShare to Pinterest
Labels: Once Upon a Time ... 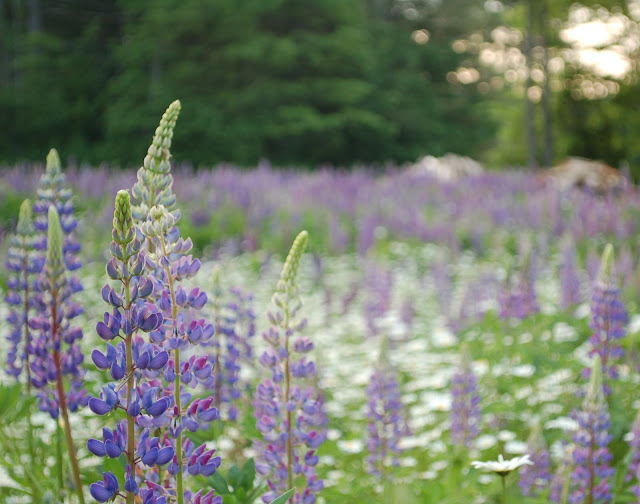 We went to a picnic party over the Memorial Day weekend. There were numerous gardens and fields that we passed as we made our way up to Acworth, New Hampshire. Along the way, I noticed  a few spots that would make for beautiful pictures. On the way home, I stopped to snap the above shot. The air at the end of the day is really still and when I got out of the car to take this shot, the peppery smell of the lupines was overwhelmingly spicy and sweet! It was the most intense moment! 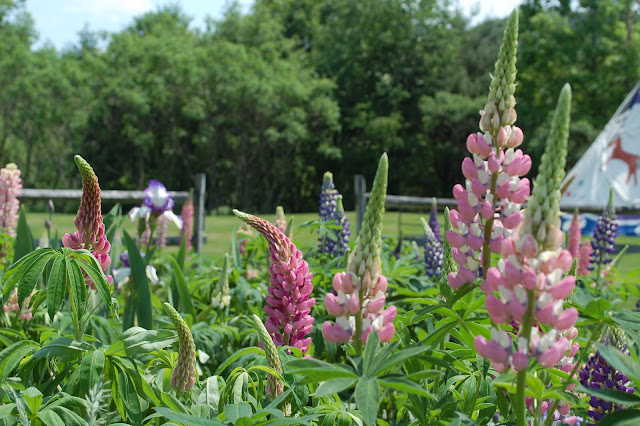 In a more civilized setting, I took a picture of the lupines in my sister-in-law's garden ... the hybrids are just as pretty at the wild purples, don't you think? I am always reminded of Miss Rumphius and her sprinkling lupine seeds everywhere she went along the coast of Maine. Oh, that the world was carpeted with lupines!

Visit Alyce's literature blog to see other Saturday Snapshot posts! perhaps you have a beauty or two to share!