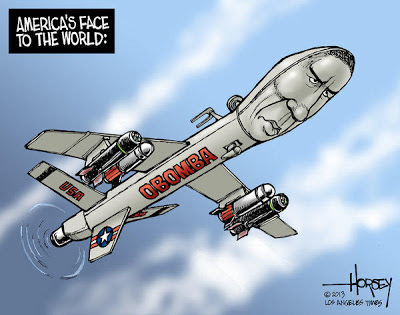 we wish to flit in sunshine
passing from one sweet face
to another, smiling, passing
peace and sharing a nectar
called tea

instead we throw down mats
in corners under walls, behind
rough sheds and draw shawls
and children close in silent wait
called prayer

og that we condone a swarm of drones to pass over and amongst innocents, creating 'collateral damage' in an area of the world that we would otherwise wish to calm and repair ... the concept of hive collapse might well be looked at when we contemplate our foreign policy, for doesn't this attack from nowhere serve to blacken the hearts and minds of the very people we wish to be moderate, productive, and democratic? How can simple people understand the higher cause of our war on terrorism when it is their villages and fields, houses and neighbors being blasted by these swarms from out of nowhere?  The ethics and politics of war outrage me for I am one of those simple folk - I just want to be a small bee in my little hive - just like those women so far away.

This rambling post is offered to the weekly Poetry Jam  ... see what others have written when contemplating the idea of 'bees'.

Posted by Susan Lindquist at 6:27 AM